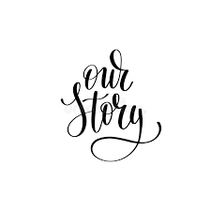 HISTORY OF THE ROBSON RANCH LIBRARY

Included in the plans for Robson Ranch was a Creative Arts Building (CATC), which was completed and opened in 2008.
Prior to its opening, a survey of residents re use of the building showed the most requested space was for a library.
As a result, space originally planned as an art gallery was incorporated into the library.

The library was decorated by Robson designers, who allowed no high shelving except against the walls.
The shelving they selected was from California Closets.
As the library’s collection grew, the Woodworkers Club added a second row of shelving
to some of the wall units to accommodate additional paperbacks.
Later, for the convenience of homeowners, computers were moved from the Fitness Center to the library.

In 2018, the library hosted a 10th anniversary party.
Since then, new cabinets have been purchased for DVDs and CDs, and new shelving for books.
Also, the variety of library activities has increased – all due, in part, to the formation of the Friends of the Library (FOL) Club.
In addition, this website was created to provide information on the library, its Board and volunteers, and FOL.
In 2021, FOL purchases a number of books specifically for the collections. Previously, all library materials were donations from residents.
In 2022, new computers were purchased, and Library World was added to the computers’ programs; it contains the catalog of our collection.

The library continues to provide a welcoming space for residents,
a place to sit and read, work on jigsaw puzzles, and connect with friends—in person or via the free Wi-Fi.

Wayne Gray was the first chair of a residents’ committee tasked to set up the library.
Roberta Boothby took on oversight and helped get it all put together – but didn’t want to direct the committee long term.
From the beginning, volunteers from the RR community staffed the library.

By 2010, Linda Terry agreed to chair the committee to oversee the library’s daily function and its collection.
That “committee” is now an official board with by-laws, officers, and members, all RR residents.
Linda Terry served as chairperson of the Board and headed the volunteer program through 2020,
when she and her husband moved to Arizona.
The Board nominated G. Gil Clifton to serve as the new chair.
In addition, three Board members agreed to oversee the volunteer program.